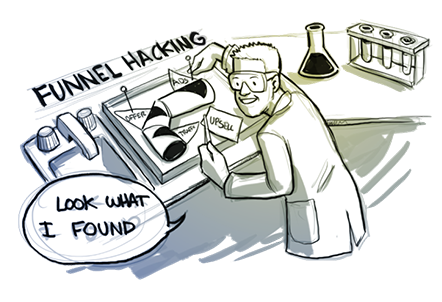 It’s that time of the year again!

Funnel Hacking Live will soon be upon us and as many funnel hackers whisper to each other, we all know this is the event of the year for ClickFunnels users and marketers alike.

So we’re going to walk through the speakers and highlights of this year’s Funnel Hacking Live 2017.

Without the right strategy, funnels are all but meaningless. It’s critical to have sales funnels which use strategies that are proven to work. And for that reason, we’ve brought in the experts in sales funnel strategy from far and wide.

The first key to having a successful funnel, is nailing your funnel’s big idea. Most funnels fail because they don’t have a Big Idea. They’ve just copied someone else. And while we’re big believers in Funnel Hacking people’s sales processes. We’re not a believer in hacking people’s ideas. You have to have your own Big Idea. That’s what will drive your sales and growth. But how do you figure out that big idea?  What are the keys to figuring out the big idea for your funnel? Todd will walk you through a process that will help you to figure out and execute on your next big idea!

Russell doesn’t need much of an introduction. However he’s going to cover how to cause belief in your customer’s mind. If a customer believes in your products and services there’s literally zerp resistance to selling. You will see behind the scenes of a new concept he’s been working on with his Inner Circle called the Epiphany Bridge. When you understand the Epiphany Bridge and how to structure these inside all of your marketing you will often see your conversion rates go up 200-300% or more.

In fact, Russell has got dozens of case studies of Inner Circle members who went from losing money to having huge winners after applying the Epiphany Bridge concept.

Jim Edwards (Co-Founder of FunnelScripts) is going to show you a really cool process he calls “Building Blocks”.

He will show you how to identify the core building blocks for your message – and then using that copy to create EVERYTHING you need for every page in your funnels. Once you’ve identified the benefits, the obstacles, the big desires, etc…  you can mix / remix them to create anything!

When we polled the Facebook group, we asked them who they wanted to hear from at Funnel Hacking Live earlier in the year. We found out that the community wanted to hear from….people who are in the trenches building funnels! So the entire day is being devoted to people who build sales funnels day in day out.

Trey’s going to show you how he went from selling t-shirts online, to finding ClickFunnels and scaling his eCommerce company to over $30 million last year, selling nothing but physical products through simple funnels. No, he didn’t use Shopify… No, he didn’t use Amazon… Trey built his entire empire using simple e-commerce funnels inside of ClickFunnels that anybody can use in their business as well. Come and watch as Trey reveals everything that he did, to go from $0 to $30 million in his first year with is ecommerce funnels.

Brandon and Kaelin started using ClickFunnels about a year ago. During that time, they took their company from zero to $200K+ a month using this specific type of Social Webinar funnel that they invented. For the first time ever, they’re going to show you behind-the-scenes of what they did, how it works, and how you can model this to grow any kind of continuity program or sell any type of training program online.

Stu created one of the first ever membership site platforms for WordPress. Tens of thousands of members have used his software including most of the top membership sites in the world. He then went on to work for Michael Hyatt and took his membership site from zero members to 3,000… to 5,000… to 10,000 members and beyond. In fact Stu is one of the few people I’ve ever seen who has memberships that actually GROW every month with almost zero attrition. Stu will show you the funnel he uses to get people into the membership sites as well as what he does to retain members and get them coming back each month for more.

Darren’s record for one event was $2.5 million in a single weekend in a room of just 100 people! How is that possible? Darren’s going to be showing you the front end funnel and the backend funnel so you can replicate it if you are running events or if you would like to run them in the future.

Jason uses not 1… not 2… But 7 different funnels to dramatically increase his sales on Amazon. Known as one of the top super affiliates in the world, and one of the top amazon sellers online, Jason will reveal the 7 funnels he’s created to FINALLY scale his Amazon business with paid ads!

Russell is going to be covering Email List Building funnels so you can learn how to grow and scale your list EVEN if you don’t have a product or a service yet. In fact, he will show you several campaigns where people actually got PAID to build a list while they were waiting for their products and service to be created.

He’s also going teach a private bonus session for those of you interested in launching and creating supplement funnels. Some of you know the story behind the Neuracel funnel but what you may not know is he also built a funnel for a company called Pruvit It which is currently doing over $300,000 in sales PER DAY.

One of the highlights of Funnel Hacking 2016 was when people came to learn about sales funnels but left having a massive transformation in their life and business. Hence why we’ve dedicated the third day to incredible transformation with some world class speakers.

Setema Gali – The Reverend Of The Revolution

Setema Gali was a Polynesian kid from Utah, who became an All-American football player, made the pros, won a Super Bowl… Then he got hurt… And lost it all. Then rose again to achieve success deeper than any scoreboard and a prize far beyond rings and trophies. Setema will show you how to: Declare what you want and WHY it matters Define the necessary required actions Decide if you are willing to go through with it Commit… And STOP STOPPING After Setema’s presentation you will be more committed to follow through on every goal you set at this event.

Caleb Maddix (AKA “Caleb The Closer”) is a 14 year old who has already written his own book, his videos get MILLIONS of views per month, and has already made over 6 figures in the past 12 months! Emily Shai (AKA “The Princess of The Pitch”) is 11 years old, she wrote a book and sold over $20,000 of her book going door to door. Together, they have trained kids and parents around the world on how they can find more success in business and in life.

Garrett And Danielle White – How Business Impacts Your Personal Life

At this years event we’ll have Garrett J. White, founder of “Wake Up Warrior” and Danielle K. White, his wife, founder of “GKW Styling”… They’re going to share their story on how marketing is a conversion on the platform of ClickFunnels. Understanding and MASTERING funnel creation not only set them into a place of freedom, but was the gateway to unity, liberation, and connection in their marriage.

Contemplating divorce in 2009, both knew they needed to change. and while it may seem outlandish their marketing and funnel creation was a key component of unity and liberation instead of divorce. It’s true at this years event we’re going to have the joy and honor of having Garrett J White, who we’ve had in the past, and now also his lovely wife, talk about the dark and the light side of business creation as a partnership.

Tony Robbins is an entrepreneur, best-selling author, philanthropist and the nation’s #1 Life and Business Strategist. Author of five internationally bestselling books, including the recent New York Times #1 best-seller MONEY: MASTER THE GAME (which was sold through a ClickFunnels Funnel), Mr. Robbins has empowered more than 50 million people from 100 countries through his audio, video and life training programs.

He created the #1 personal and professional development program of all time, and more than 4 million people have attended his live seminars. Tony is a personal friend and a ClickFunnels user who we are SO grateful to have at this years Funnel Hacking LIVE event! Tony will be taking you through a 3 hour transformation process that will change your business and your life forever!

What Else Is Happening During The Event?

So now that you know what’s planned for each of the days speaker wise, you’ll be able to find out about what funnel hackers do when they’re not listening to these amazing speakers speak at the event.

The hack-a-thon is a tradition where we get all the attendees, speakers, staff, certified partners and more into a big room where we can sit down, build funnels, hack funnels, see what’s working and what’s not. Just attending the hack-a-thon alone is worth the price of the ticket! This is where relationships are formed and successful funnels are launched out into the world!

The round tables is where we bring together speakers and Russell’s inner circle to go hard core Q&A into any questions you might have about their sales funnels and strategy. This is where you can ask questions directly where you might not have had an opportunity to before.

This year Russell will be taking a small group of Funnel Hackers with us to Kenya, so you can see the impact you are having on these kids and their communities. At the event Russell will reveal how you can come on this small mastermind with him and a few people in his community. If you are able to come, not only will your life be changed forever, you will also be able to mastermind in an intimate environment with some of the top funnel builders in the world.

What is the venue for the event?
The event will be hosted at the Dallas Regency Hyatt. You can book your hotel room here >>

I’m trying to book my travel. What times do I need to know about
Event registration will start at 1pm – 5pm on Monday, February 20th and the event will conclude around 5pm on February 23

Can anyone attend this event?
Yes, if you have (or want to have) a successful sales funnel, then this LIVE event is for you!

Can I Bring My Spouse Or A Guest?
Because of our VERY limited seating, every person must purchase a pass to get into the event. If you signup with a guest, you do get a discount!

Where Can I Get Tickets?
Tickets are offered exclusively on the Funnel Hacking Live 2017 Official Event Page however we are now officially SOLD OUT! You can however get on the waiting list on the event page if tickets become available. 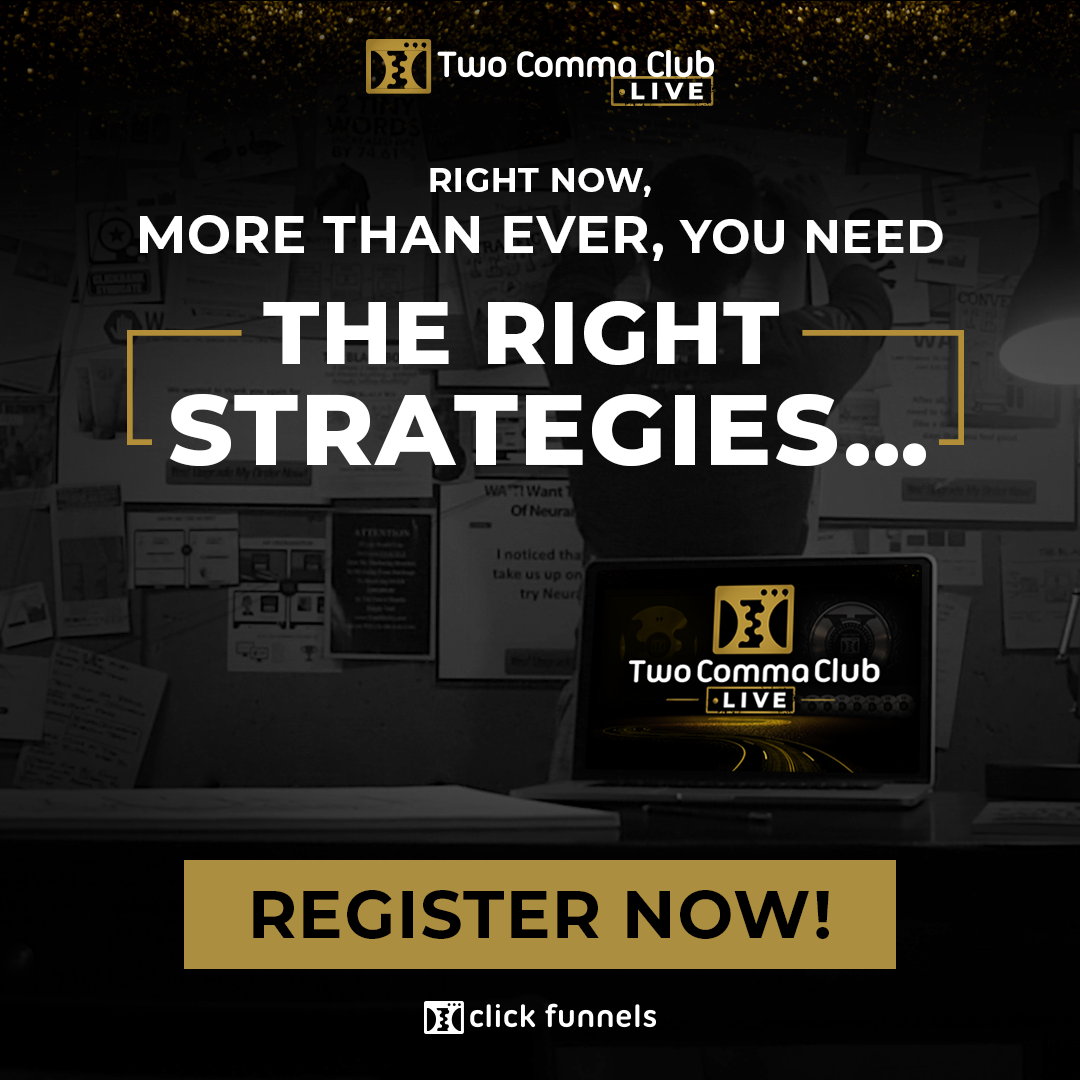 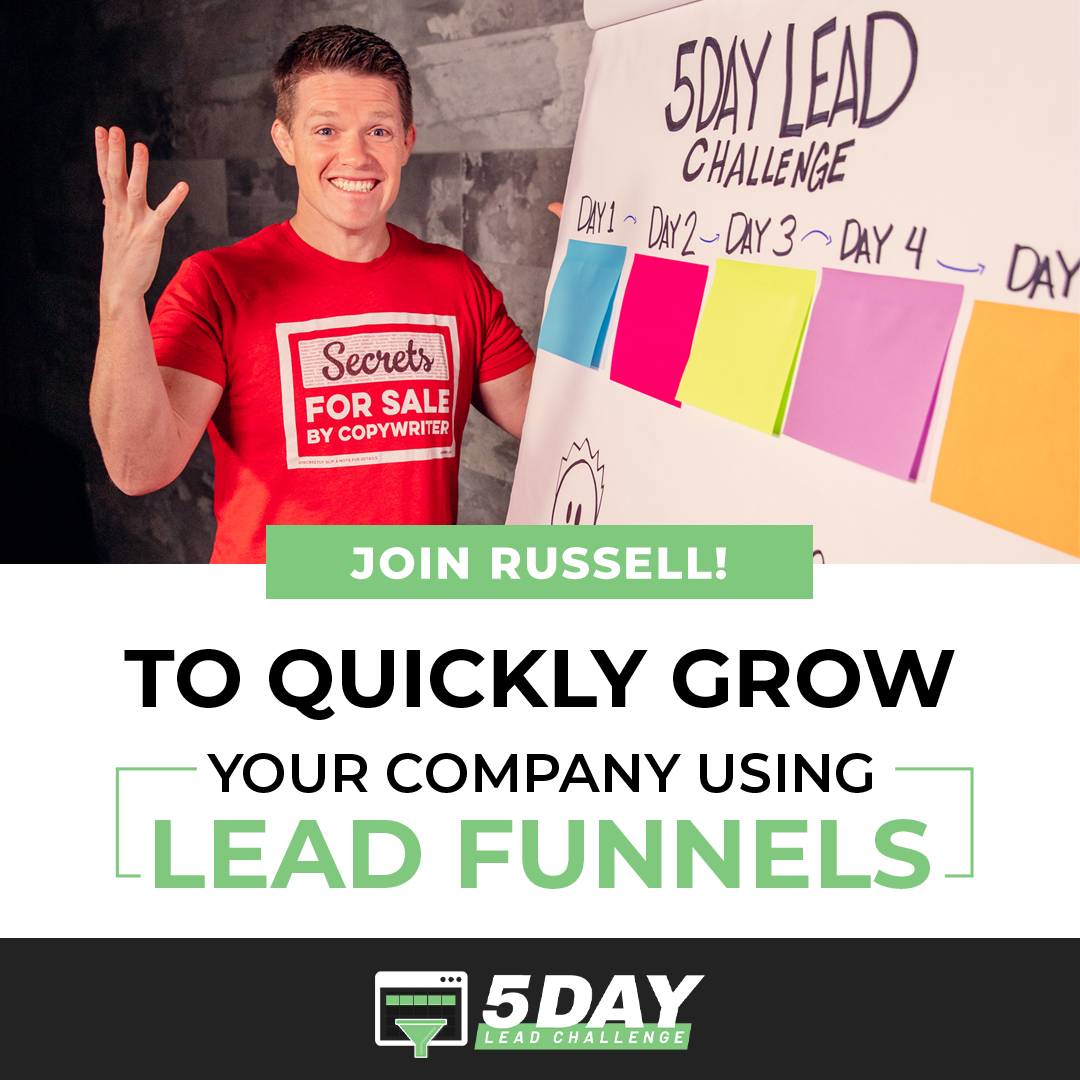 28 Secrets for geometrically growing any business...

get your free book now!