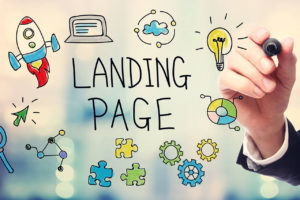 There is one surefire way you can succeed in business in the long term. And that is to ensure that your landing pages are converting. If you can consistently spend $1 and make $2 or $5 or even $10 or more, then you have a profitable offer you can scale. However, when your landing pages aren’t converting, it’s like throwing money into a fire. It just keeps burning and burning and burning.

So, how hard is it to build landing pages that convert? Or simply to increase conversions on existing landing pages? Is it really that complex or convoluted? Or, is it simple and straightforward? We’ve all watched people like Russell Brunson quickly build out a funnel in under an hour that goes on to become wildly profitable. But can anyone do it?  What’s the so-called secret sauce behind designing squeeze pages that draw in the visitors and get insane conversions?

To break this down, we need to look at the psychology behind landing pages. Recently, I’ve been re-reading Brunson’s Expert Secrets. If you haven’t read it, do so immediately. That single piece of marketing gold could literally mean the difference between success and failure in your online marketing quest. In fact, two individuals who were struggling and broke not that long ago, took the information in both Dot Com Secrets and Expert Secrets, and turned it into a seven-figure-per-month business–Brandon and Kaitlin Poulin of Lady Boss Weight Loss.

Brunson describes it like this. They read each piece of information in both books, went and implemented it and didn’t start re-reading the section in the book they were in until it was done. That would take a few days, then they would move to the next piece of information, implement that, then continue reading it again. If that doesn’t inspire you to get out there and implement this stuff, not much would.

Clearly, there’s loads of psychology at work here. Understanding that will make a remarkable difference in your business. But you’ll also need landing page software to implement what you learn here. Now, whether you’re using ClickFunnels or any other landing page builder out there, having a tool to quickly build out your entire sales funnel and make changes on the fly is a necessity, not an option. Not many can do that. ClickFunnels can. But not many others.

The goal of any business engaged in marketing, whether online or offline, is to convert browsers into buyers. To do that, you need to understand the mechanics behind conversion optimization and a bit of buyer psychology. For example, if you’ve ever seen people speaking from stage, they often try to get you to agree with what they’re saying. They do that by getting you to raise your hand or stand up or nod your head, or do something else.

Do you know why they do this? It’s the theory behind micro-commitments. When you get someone to agree to small things, especially when done consecutively, the brain automatically agrees with the next one. So, in the field of micro-commitments, even getting someone to agree to do one thing is very powerful. Whether that’s raising their hands or entering in their email address for a free PDF download, it’s powerful and it moves the needle in your direction.

However, the real power behind this theory is in the Law of 3. Get someone to commit to three small things and the fourth one will be an instant yes. In the sales process, if you’re on the phone with someone, even asking them the initial question of, ‘I’m going to take 30 seconds to explain the process to you of how this works, if you’re okay with that, let me know and I can continue.” In cold calls or in-person meetings, this is equally powerful.

After that first agreement, you only need two more before the pitch. Now, I talk about this because converting browsers to buyers is the entire premise of both your landing pages and your sales funnels in general. You have to take that customer through a journey. Remember, get them to agree to micro-commitments, and you’ll have them in your pocket. This is also very powerful in the webinar medium as well. It works to increase landing page conversions in nearly every scenario that you wish to sell something or get someone to side with you.

The Law of Reciprocity

The last bit of psychology that’s important to convey is the Law of Reciprocity. When you give something to someone for free, or almost free, they become obligated to you. Not consciously. This is an unconscious process. And the more value they receive, the more obligated they feel to you.

For example, have you ever gone to say Rome, near the tourist attractions like the Spanish Steps, and seen women giving away free roses. Do you wonder why they’re trying to just give you something for free? No, they aren’t dumb. In fact, they’re highly intuitive. They understand the psychological forces in play here when they get you to commit to something.

Not only is this the theory of micro-commitments at work here, but it’s also the Law of Reciprocity at play. Once you receive something of value, you feel obligated to that person. Afterwards, they’ll ask you for some money by holding out their hand. Oftentimes, most people agree because of the psychological triggers at work.

Even if you’ve never been to Rome, you see this play out in grocery stores when they offer you free samples. By you agreeing to take a free sample, and actually liking it, you feel an internal obligation to buy it. They’re not just giving things away altruistically. They also understand the market forces at play here.

In the world of online marketing, it’s the same. When you get someone to agree to do something, even as simple as giving you their email address, they just micro-committed to you. When you deliver real value, then the Law of Reciprocity kicks in. Ever see people give something away for free like a chiropractor that offers a free massage or a dentist that gives free teeth cleaning? Yep. Exactly. That’s the Law of Reciprocity at work. Now, you’ve just given them a chance to give you value and help you ascend their value ladder.

These concepts are important when talking about landing page conversions because it helps you understand the inherent psychology of why certain things work the way they do. As a fervent student of psychology, I am obsessed with human behavior in this aspect. And you should be too. Because, this understanding is at the heart of how you can maximize your revenues.

How to Make Landing Pages That Convert

There are dozens, if not hundreds, of techniques you can use to increase conversions on your landing pages. However, these 6 offer a fundamental approach to the underlying mechanics of boosting your conversions. Follow these 6 methods and you’ll likely see a rise in the profitability of just about any offer.

1. Ensure that you’re in a blue ocean

In Expert Secrets, Brunson references the blue ocean versus red ocean conundrum. When you’re in a red ocean, there are sharks chomping at the bit to compete with you. It’s a crowded place to be. And that’s not what you want. You want to be in a blue ocean. That’s a place where competition is few and far.

The blue ocean strategy involves “uncontested market space, as opposed to ‘red oceans’ where competitors fight for dominance.” When that happens, you’re in a downward spiral of pricing competition, and it’s incredibly difficult (and ineffective) to fight to become the cheapest price leader in the market.

Concept introduced by Vince Chan who sold $100 million in supplements in 23 months. Chan explains that every sales letter has a star, story and a solution. Of course, a sales letter is just one form of a landing page. But it’s also one of the most powerful forms. The star of the story should be in the exact same spot that your potential customer is in right now.

For example, if you have a weight loss product that you’re selling, your star should be struggling with weight loss. The story should be the back story on how he or she got there. Then, the solution needs to be presented. You can also look at this as the feel-felt-found method in advertising. The star knows how the prospect feels because they felt the same way until they found whatever solution is being pitched.

3. Find a ‘curiosity hook’ to reel in your prospects

There are 5 curiosity hooks that will help you present your offer to your prospects. This concept originally comes from Jason Fladlien, co-founder of Rapid Crush, and an individual who’s grossed over $100 million in webinar sales. These curiosity hooks will help you to increase conversions on any offer. Not just on a webinar landing page.

However, don’t try to use all these hooks at once. Pick one and run with it. Test it out and see how it fares for you. If it doesn’t work out well, move on to the next one.

4. Use an ask campaign to give your audience what they want

Sometimes, in order to ensure your conversions are high on landing pages, you have to ask your audience what they want. In fact, at the outset, you just might not know what they want. If you don’t ask, you can’t find out. If your audience isn’t looking for what you’re offering, you’ll struggle to make it convert. However, on the flip side, if your audience asks for it, then by delivering it to them you can almost ensure high conversions. It’s as simple as asking.

Implementing urgency and scarcity in your landing pages can quickly increase your conversions. However, don’t use false scarcity. If there really is only a few items of something left, be real with your audience about it. Don’t try to overhype things up. Use countdown timers to expire offers and other methods, but never try to trick your prospects or you’ll end up losing their trust over time.

6. Split-test variations until it clicks

Split-testing is huge for landing page conversions. Split test everything. From your headlines to your copy to the colors and text in your calls-to-action. Everything. With ClickFunnels, you can easily do this and assess the winner. By split-testing, you’ll also figure out quickly what works and what doesn’t, which is crucial when you’re sending costly traffic to your landing pages and sales funnels.

Want The Exact Blueprint Showing What The TOP 1% of ClickFunnels Users Are Doing Differently That The Other 99% Are Not?

YES! GIVE ME THE FREE BLUEPRINT!